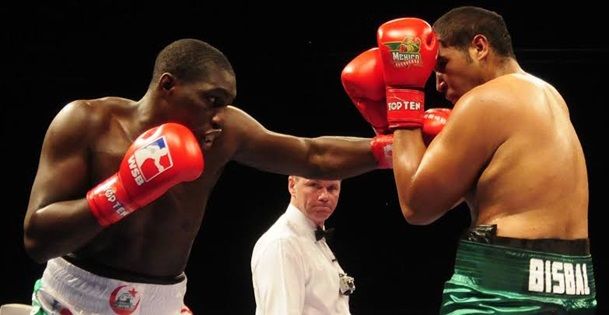 What do accomplished boxers, venture capitalists, and casino players all share? Psychological aspects of sports. Sports science assists athletes in rehabilitating after injury, learning to manage feelings such as anxiousness, improving fitness levels, and achieving their objectives.

It integrates all of these psychological aspects to improve discipline, concentration, and overall efficiency.

Boxing, like many other fighting disciplines, demands extensive physical and mental preparation. Training is essential not only for winning but also for protection during the game. Boxing psychology is a continuous procedure that begins well before the game and continues long after the fighter exits the ring.

The Significance of Mental Fortitude in Boxing

Mental toughness in boxing is an issue that is frequently overlooked. Numerous combatants and coaches ignore this principle far too often, concentrating solely on physical training aspects and giving no or minimal regard to the psychological element of the sport.

Mental fortitude is a significant factor at the pro level of boxing, in particular. As a result, an increasing number of boxing companies such as Probellum are recruiting at least one, and in some instances, a group of sport psychologists.

This allows them to support their athletes throughout training and lead-up to a fight or sporting event.

Even though you are not a high-level fighter competing against pro boxers, you will profit immensely if you focus more on the mental side of the sport.

Inside the ring, no matter how good you are or how fit you are, you will get fatigued. Even if you are hurt or injured, you will be forced to battle on. In contrast to other sports, boxing does not have a referee who can call a timeout.

It would help if you, therefore, battled till the bell tolls. You have the opportunity to give up, but actual fighters will never do so. Real fighters, on the other hand, fight irrespective of the situations they find themselves in inside the ring.

Following are the mental aspects of boxing in-depth:

Not only during a battle but also during practice, the capacity to concentrate is critical. Numerous boxers suffer from attention, not only when it comes to focusing on a single activity but also when focus on the overall aim and training.

It requires an excellent boxer to exercise patience, be on target, and be focused, as some of the greatest players have demonstrated. You can enhance your focus by practising attentive techniques like meditation, which will be addressed in greater depth later.

The psychological mechanism that propels an athlete’s attitude to practice, competition, and accomplishment is known as motivation. It’s associated with determination, a will to succeed, and the ability to overcome challenges and opponents.

Internal and external drives are two common types of motivation. Self-motivation is an internal drive. The boxer discovers within themselves the ability to evolve into a more extraordinary form of themselves. Extrinsic motivation comes from outside sources that encourage them to progress.

Numerous people in the fitness and health sector feel that they require inspiration to stick to their workout schedule. In truth, irrespective of their determination, discipline is what motivates athletes to train, eat well, and complete their tasks.

Boxers who lack discipline are more prone to stray from their objectives and sabotage their success. The idea is for their excellent behaviours to become ingrained in their way of life. Keeping their nutrition and routine in check should be expected.

There’s a reason why some of the top athletes have the most exemplary attitudes. Your attitude has a significant impact on your productivity and conduct, as well as vice versa.

Positivity aids boxers in recovering faster from losses, reducing stress, and performing better in high-pressure circumstances. It also provides the courage and willingness to take risks that enable many of them to win a match.

Different psychological strategies can be used during a battle to get insight into your opponent’s thoughts. This could include briefly lowering your defence, using a technique they aren’t familiar with or getting inside their head well before combat.

You can employ any of these strategies to obtain a psychological edge over your adversary at any time, leading them to lower their defences for a short period.

This is arguably the most important and underappreciated quality. Coaches and instructors are essential in the life of a boxer. That is why the two of them must communicate to understand their requirements and exceed their needs.

Not only must the coach state clearly what they want of their student, but the fighter must also be honest about their struggles.

The psychology of boxing, as well as mental toughness in itself, is sometimes overlooked. Only a small percentage of boxers and athletes make full use of sports psychology.

Nevertheless, if you use training techniques like meditation, goal planning, and creating healthy habits, you will notice improvements in exercise and competition efficiency.

Why online casinos are so popular?

How To Make The Most Out Of Your Online Sports Betting Experience?

Singapore Sports History: Everything To Consider About