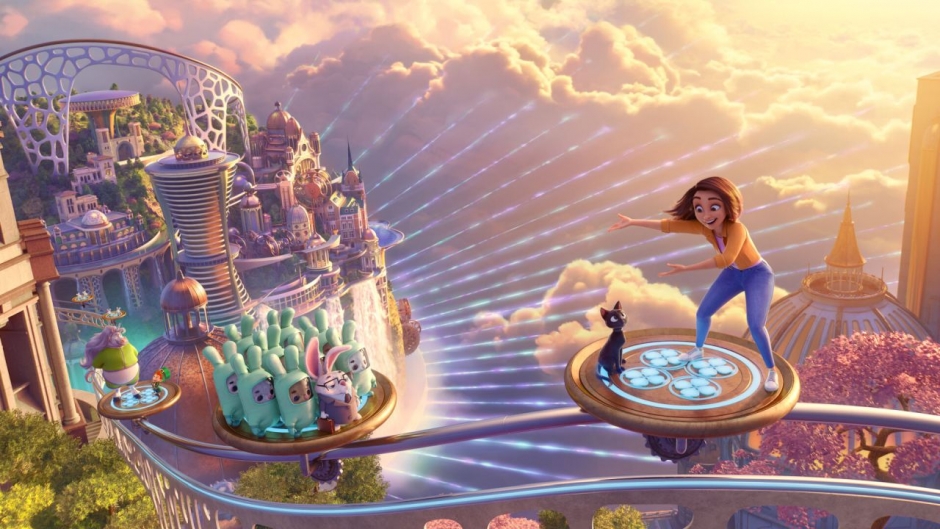 John Lasseter is best known for his pioneering work in 3D animation at Pixar and the creation of the Toy Story franchise. He also produced the Frozen franchise while at Disney.

In January 2019, Lasseter became head of the animation division for Skydance Media. Skydance Media’s biggest successes so far are the feature films True Grit, released in 2010, which earned $252 million, and the blockbuster smash hit Top Gun: Maverick, released in 2022, earning a whopping $1.489 billion at the global box office.

Skydance Media’s animation division started in 2017. Under Lasseter’s guidance since 2019, the studio is doing amazing things. In 2021, Skydance made a multi-year deal with Apple TV.

Blush, produced by Lasseter, is the story of a male astronaut stranded on a nearly-deserted planet who meets a lovely alien woman who can make things grow and thrive. She is a pinkish color. The alien woman saves his life, and they fall in love.

The next feature film made for Apple TV+ is Spellbound, with the release postponed from November 2022 to a release sometime in 2023. Lasseter is the producer of Spellbound, with Vicky Jensen as the director. Jensen previously worked as a director on Shrek.

Rachel Zegler plays the lead animation character named Princess Ellian. It is a coming-of-age story. The princess must use her magical powers to save her kingdom from evil and break the spell that split the kingdom in two.

None of the plot is yet revealed except for a few basics. There is a king and a queen who are Princess Ellian’s parents, two ministers, and two oracles with magical creatures offering guidance along her journey.

Ray Gunn is an upcoming animation project at Skydance Media, which Lasseter will produce.

Brad Bird will direct Ray Gunn. Bird’s previous successes as a feature animation director include The Incredibles and Ratatouille. Bird, as director and co-producer, teaming up with the powerhouse John Lasseter, as producer, is likely to create a blockbuster.

Bird describes the project as having a blend of futurism with a pre-WWII aesthetic. It is an art-deco-style future with flying cars and huge shiny cities that have skyscrapers to heaven. Aliens are living among humans on earth, yet holograms are still in black and white like old-style television programs. It is the squeaky-clean look of Buck Rodgers mixed with gritty contemporary street characters.

Bird has been working on Ray Gunn for three decades, fine-tuning the aesthetic. He is delighted that John Lasseter will help him bring the project to life.

Pookoo is another feature animation film in the pipeline at Skydance Animation with Lasseter at the helm. Nathan Greno will direct the animated movie. He is known for being the director of Tangled and Gigantic.

The Search for WondLA Animation Series

In this animation series, Sarah Hollis plays the character of Queen Ojo. It is the story of Eva Nine, who must leave her home that is under attack. She tries to find herself while on the run, accompanied by her mother, who is a robot, a huge water beast, and a very tall, very blue creature.

This project is also part of the multi-year deal that Apple made with Skydance in 2021. Under the agreement, Skydance will produce children’s and family TV series and feature movies for Apple TV+.

Lasseter secured other top names in animation, including Alan Menken, composer of the musical scores for The Little Mermaid, Beauty and the Beast, and many others, and Rich Moore, formerly at Disney and one of three directors of The Simpsons.

In 2020, Skydance Media bought Ilion Studios in Madrid, Spain. Now, Lasseter oversees a total of about 500 animators in both LA and Madrid.

Why Residential Interior Design Is Important